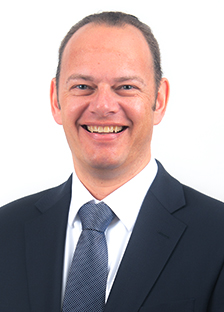 Graduated from École Polytechnique Fédérale de Lausanne (EPFL), he began his banking career in 2001 as a university trainee at Banque Cantonale Vaudoise (BCV) in the Private Banking and Asset Management Division. In 2003, he was promoted to Private Banking Advisor, where he developed a portfolio of local and expatriate clients (he is bilingual French/English). After 15 successful years in BCV, he joined DP Finance et Gestion SA in 2016. Holds a federal expert degree in finance and investments from the Swiss Financial Analysts Association (SFAA), and is now an examination corrector due to his award-winning results.

DP Finance et Gestion SA is a member of ASG